Why Solar Systems are the Future 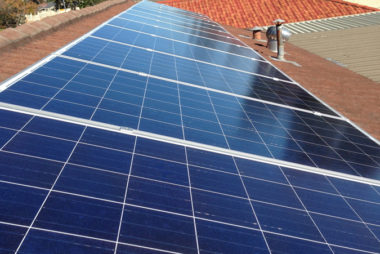 The sun is a great source of energy because it is renewable and readily available. Solar energy has emerged as a great source of energy in the last decade. In 2010, the world market was still small and heavily dependent on the subsidy schemes of countries such as Germany and Italy. It is also becoming cheaper, especially in sunnier regions, where it is already the cheapest form of a new generation of electricity.

Compared to before, the cost of solar cells that convert light energy into electricity is now cheaper. More and more companies are producing large quantities of solar cells and installation is easier with innovative new solar panel designs. So why is solar power the way to go? Learn more about the important benefits of solar power and how you can change the future by reading below.

They have become pals with construction

Construction companies have understood the importance of keeping up with the latest technological innovations, such as offering and using solar systems for customers. By using renewable energy, construction companies can use less fossil fuels. Additionally, solar energy can be used to power construction tools and machinery, saving money on oil and gasoline.

So, if you’re running a construction business, offering solar solutions has the potential to attract more homeowners and commercial property owners to work with you,  increasing your building’s advantage. However, if you want to make the most of qualified and exclusive leads by customizing solar solutions, working with a lead generation company can be beneficial. If you haven’t hired the right company yet, you’d better find more information to start the hiring process.

Solar systems are for everyone and everywhere

Solar energy can be seen as the way of the future due to its versatility. This means that solar energy will always be where people want to spend their lives. For those who live in a place without electricity, for example, as in rural communities, the use of solar panels can easily bring them renewable energy.

In other words, people can rely on the energy of the sun. Unlike fossil fuels, sunlight can be a guaranteed source of energy. Even in areas where solar energy is not considered a potential source of energy, solar energy can provide the energy you need. Another good thing is that solar panels can work in winter and in colder climates.

Typically,  traditional power generation is not a great process. Burning coal, oil, and gas can be very harmful to the environment. For example, part of the electricity production is associated with excessive carbon dioxide emissions, the extraction of fossil fuels in the soil contributes to pollution and climate change, and the massive consumption of water supplies can also generate environmental problems all over the world.

Given these issues, it’s safe to say that using renewable energy sources can help save the environment. After all, the generation of electricity after the installation of solar panels does not generate emissions and requires little water.

You have just learned about the important benefits of installing solar energy. Solar power for a home can help homeowners save more money with lower bills and incentives. Solar energy is a worthwhile investment not only for homeowners but also for investors and businesses. Like construction companies, companies can use solar energy to power tools and machines to reduce operating costs.

The use of solar energy helps protect the environment by reducing gas emissions and carbon footprint. It also promotes better health as fewer air pollutants are produced. It can be a versatile power source anywhere in the world, and indeed solar power has a bright future with many promising benefits for humanity.